Recall the basic equation of budgeting:

Ideally, you want your income to be at least as much as your expenses so that you’re in a financially sustainable situation. But in reality, there may be times when your expenses exceed your income, e.g., when there’s a sudden unexpected large expense event. What are your savings in such a scenario?

Colloquially speaking, there are no “savings” in this scenario. Instead, you’d need to draw upon whatever money you had saved previously – or if you didn’t have any, go into debt, e.g., credit card debt. However Math, with its penchant for precision, prefers using the same term, viz., “savings”, for the same quantity, i.e., the difference between income and expenses, regardless of the scenario. The way it accomplishes this feat is by using the concept of “negative numbers”.

Negative numbers are quite straightforward. First, let’s start with the ideal scenario where your income is greater than your expenses in a given period of time. Suppose you had an income of 2500 currency units (c.u.’s) in a month, and expenses of 1500 c.u.’s. Then your savings for that month would be:

The amount of savings in this case, 1000 (in c.u.’s), is technically a “positive number”, which is basically the same thing as an ordinary number. Positive numbers such as 1000 can also be written as +1000 to emphasize that they’re positive numbers, e.g.,

But in common practice, the “+” sign is left out, and it’s understood that when there is no sign in front of a number, it’s a positive number.

Notice that the only difference from the savings in the previous scenario is that there is a “-” sign2 in front of the number 1000. The “-” sign indicates that the amount of savings is not an ordinary positive number, but rather a negative number obtained by subtracting a bigger number from a smaller number (e.g., subtracting 2500 from 1500 in this case). Mathematically, we say that your savings for the month are -1000 c.u.’s. Thus in both cases, we can use the same term – savings – to denote the difference between income and expenses, and let the sign of the savings amount tell us if our income exceeds our expenses or vice versa. This is in contrast to colloquial language, where the term “savings” only really makes sense when income exceeds expenses.

Now you might wonder what’s the point of inventing negative numbers if all they do is allow us to use the same term in different situations? It turns out that negative numbers are more useful than that.

We saw that it’s important to invest at least a portion of our savings in diversified financial assets, but what does that mean quantitatively? In simple terms, it means investing in asset classes such that when some of them increase in value, others tend to decrease in value. Mathematically, this translates to the requirement that the asset classes have a negative correlation amongst themselves, i.e., the mathematical quantity known as "correlation" between these asset classes is a negative number. As an example, the definition of inversely proportional quantities implies that such quantities are negatively correlated to each other.

Now that we’ve seen some use-cases of negative numbers, let’s see how they work arithmetically. Negative numbers have a few quirks of their own, and it’s important to understand them in order to use them correctly.

First, let’s start with the ordering relationship, i.e., comparing two numbers and determining which number is greater or lesser than the other number. To help make sense of the rules, we’ll consider the example of your savings and its effect on your stash of cash from before.

Thus, the ordering relation between positive and negative numbers follows the rule:

In the “number line” shown in the cover image, the right direction is traditionally taken to be the direction of increasing numbers, so negative numbers are marked to the left of positive numbers and 0.

Next, let’s consider the basic arithmetic operations with positive and negative numbers. To understand how these operations works, again consider the example of savings and stash of cash from before.

Adding two positive numbers, say $2+3$ is pretty straightforward, and doesn’t require much comment. In terms of savings and stash of cash, this is the same as having savings of 2 c.u.’s in one month followed by savings of 3 c.u.’s in the next month. The net effect of these two savings is an increase in your stash of cash by 5 c.u.’s, so $2+3=5$.

This shows that the operation of subtraction is equivalent to adding the negative of the second number, a.k.a., its “additive inverse” (a.i.)5.

Finally, for multiplication and division, you multiply or divide as you would with ordinary numbers, and assign a sign to the result following this general rule: if both numbers have the same sign, the result is positive, but if they have different signs, the result is negative7.

Familiarizing yourself with negative numbers, and becoming comfortable working with them is a key step in developing fluency in the Math language, as well as developing a deeper understanding of your personal Finances. 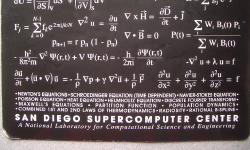 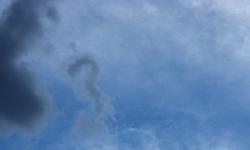 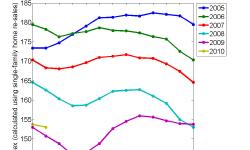